I'm back from my extended vacation in Croatia. Not much time for gaming these days as life seems very busy and somewhat unpredictable at times. But I did get asked to run some Cthulhu recently, and decided to use Trail of Cthulhu, as I'm still trying to get my head around the 7th edition rules, which frankly make my eyes bleed at times.

Given the slow progress with the Horrors of War supplement for Call of Cthulhu, I was impatient to play some WW1 Cthulhu. Luckily for me, Trail of Cthulhu has some WW1 scenarios, and I went with 'Not So Quiet' by Adam Gauntlett, which appears in Out of Time from Pelgrane Press.

One of the challenges of the exercise is that this was going to be a one-shot that needed to be completed in three hours, hence the need for something that was fairly impact. The players all had high level character concept ideas for the scenario, which was to take place in a British military hospital on the Western Front in 1917. From these I was able to create ToC pre-gens easily in advance.

It is notably quicker to create Gumshoe/Trail of Cthulhu characters than CoC characters if you are working on pre-gens. I came up with the following:

Miss Anne Thrope - a former nun who has volunteered to work as a nurse for the military, she retains a strong sense of her faith, her Drive was Curiosity

We started the game with the story of how Lieutenant Topless was wounded. In this case, he was fleeing in the aftermath of an infantry attack near Arras and was shot in the buttocks. He passed out and found himself in an ambulance on his way to Military Hospital Number Five.

The ambulance Topless was travelling in was being driven by Emma 'Cheery' Patterson, a VAD volunteer, with the dour-looking Thrope in the cab with her. In the back with Topless was Private Roade. In the course of his conversation with Roade it emerged that Topless had already had the bullet extracted from his buttocks, and that it was clearly a German round, raising Road's question as to how it had entered the officer from behind, so to speak.

Topless considered bribing Roade to keep him quiet, then tried snatching the bullet from him, but all to no avail. Roade pocketed the piece of lead with a smirk.

Further discussion was prevented by the convoy coming under attack from a speculative, long range German barrage. The lead vehicle in the seven truck convoy was destroyed immediately. Patterson went into shock at the sight of this, and had to be cajoled to take cover by Thrope. With shells raining down all around, Roade had to carry Topless to safety. The barrage did not last for long, but as they were cowering in a shell crater, the characters saw a flock of what Roade identified as ravens flying out of the black smoke roiling up from the stricken ambulance. 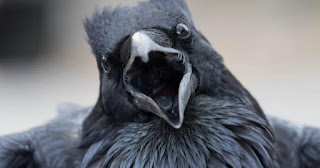 With the crippled ambulance eventually removed from its obstructing position, the convoy could proceed on its way to Military Hospital Number Five.

The hospital itself was revealed to be a sprawling collection of tents in regimented rows, surrounding some ruined farm buildings and a large administration tent, which also contained the head nurse's station. The convoy of wounded was quickly unloaded. Thrope spotted a priest having an argument with one of the nurses. She approached the pair and found the clergyman was complaining about one of the Indian soldiers being allowed to say Hindu prayers over the dying soldiers. Thrope, being a good, nay fanatical Catholic, took his side against the nurse. She, it emerged, was a senior staffer called Zenna Borden, who orders Thrope to report to the head nurse, Mrs Ogilvy, before storming off.

Thrope introduced herself formally to the French priest, Father Pombal. Learning she was a former nun, Pombal told her to be on her guard, explaining that the hospital had a bad reputation, with a higher than usual rate of fatalities and that he believed it was cursed. He also warned her to be wary of the Indian soldier, Gurdip Dal, whom he believed exercised undue influence with the senior staff in the hospital.

As they parted, Thrope saw a soldier on crutches listening in on the conversation, and decided to follow him. He went back to his ward eventually, but she saw that he was also being followed by a raven. She was able to discover that the nosy soldier was Richard 'Dicky' Fallon, a corporal in the Yorkshire Light Infantry, who was being treated for shell shock.

Helping the wounded Topless to the officers' ward, Roade surveyed the trees around the hospital and noticed an unusually high number of ravens roosting around the farm. They were uncharacteristically quiet (Outdoorsman spend). He got his patient settled into his bed in the tent, next to a chatty lieutenant called Charlie Cousins, before returning to the ambulances to speak with 'Cheery' Patterson. Approaching the young woman, he noticed she was speaking with Borden, and saw Borden pass the ambulance driver a small vial, which she drank from. Waiting until Borden had left, Roade started talking to Patterson, and found that she was being given tranquilizers by Borden to help her calm her nerves, clearly in breach of Army regulations.

Roade, being Roade, sought to recruit Patterson into his scheme to help him smuggle contraband in and out of the hospital. He was planning on moving stolen pharmaceuticals out of the hospital and needed someone to bring in other contraband, like brandy and tobacco in exchange. By offering more sedatives to Patterson (Reassurance spend), he seemed to be getting her on side, but when he mentioned the odd collection of ravens in the trees around the hospital she went pale and clammed up.

Eventually Topless was visited by one of the doctors, Doctor Watts, who examined him and pronounced him suitable for his new brand of electro-shock treatment, which he explained enthusiastically would enable Topless' damaged muscles to heal more speedily. He asked the nurses to schedule the stricken lieutenant treatment for the morrow.

After the doctors left, Topless beckoned a passing Roade and offered him a bribe (Credit Rating spend). "I need a phone," he said. "Just get me to a damned phone!"